Already struggling with HGV driver shortages, hauliers that now find their most experienced drivers being poached away by better pay and conditions are imposing ‘driver retention surcharges’ to offset the cost of hanging onto their most critical resource.

Put off by long hours and low pay the haulage sector has struggled to hang on to qualified HGV drivers and find new recruits for years, but the issue, which has been effectively ignored for at least a decade, has become critical since Brexit and COVID pandemic.

Over 45,000 HGV driver tests are outstanding at DVSA as a result of COVID-19 lockdowns, while 79,000 European logistics workers returned to their home countries following Brexit and recent tax changes which, combined with an existing shortage of HGV drivers, has left haulage firms struggling with an estimated shortfall of 100,000 lorry drivers.

To resolve the driver shortage that, is increasingly impacting the supply of goods, the government announced that HGV drivers would temporarily be allowed to work ten hours a day, instead of nine, until the 8th August.

But the bid to tackle driver shortages is having unintended consequences, by heightening demand for HGV drivers from retailers, who can offer less hours, no night working, better pay (£10K+ p.a.) and no queues at loading/unloading points.

The poaching of drivers from international, containerised and air freight transport to retail logistics – with Tesco offering drivers a £1,000 signing-on fee – is presenting massive freight logistical challenges that, if not swiftly addressed, are likely to get significantly worse in the short-term.

We are already seeing the direct impact of hauliers increasing their drivers’ pay, in desperate efforts to hold onto them, with firms issuing“driver retention surcharges” to cover the additional salary costs.

This is an evolving situation, but we are already seeing hauliers imposing £50 surcharges on each load and we fully expect the practice to be swiftly by all hauliers, as the industry tries desperately to stem the outflow of their drivers.

Nobody welcome additional costs, but the haulage sector (and all supply chain participants) has been ignoring this issue and it was bound to ‘blow-up’ at some point.

Drivers have had poor working conditions and been badly paid, considering their skills and what they do. It’s why nobody has been coming into the business for a long time and it will take years to turn around the 100K driver shortage, even if change is coming to create a more sustainable haulage industry.

The problem for us is that ten years worth of change is coming all at once.

Any surcharges we receive will be passed on at cost, but we are hopeful that we may see it taper, or even be reversed by the end of the year, or early 2022. 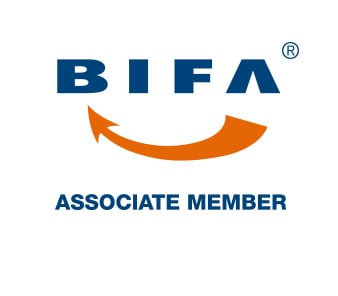 All business of the Company is transacted under the Standard Trading Conditions of the British International Freight Association (BIFA STC) that restrict or exclude the Company’s liability a current edition of which is available upon request.